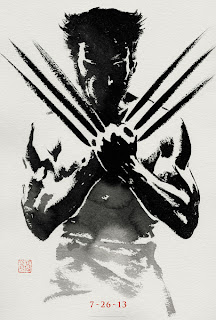 A new trend is born.

Reboots of unpopular comic-book movies are treated as superior when really they're just as bad or as flawed as the films they're rebooting.

Was The Amazing Spider-Man really miles better than Spider-Man? Nope.

Is The Wolverine really that much more watchable than X-Men Origins: Wolverine?

The difference in quality is negligible.

X-Men Origins: Wolverine is an unpopular Marvel outing. Why? With the exception of Hugh Jackman's ever reliable Wolverine, it got almost every secondary character wrong and went for mindless action rather than dark, raw, gritty yet heartfelt edge. Which is exactly what Darren Aronofsky's The Wolverine promised! So for a studio-friendly, 12A-rated film like THIS to come along and feel just as flawed as that other Wolvie pic did and, in fact, fail to bring anything new and different to the table, I gotta say, that's quite a slap in the face. Honestly, you could tell from the trailers that this was going to be a missed opportunity.

Why does this movie exist?

I'll tell you why: just so Wolverine can get over Jean Grey.

That's the whole development of Wolverine's character in this movie. Actually, let me break it down for you (mild spoilers ahead):

I mean, don't get me wrong, I like that we're now so comfortable with out Marvel characters that people out there are making spin-offs, solo adventures with our favourite heroes. They just need to either be/feel useful or, at the very least, be loads of fun on their own. The Wolverine is neither of these things. All that anime-style melodrama drags the film down with almost every scene and poor old Wolverine is dumped into some kind of weird, thoroughly uninteresting and thoroughly cliched soap opera for two hours. I know a lot of that stuff is in the graphic novels/comics but it really comes off as B-movie fodder here. Personally, couldn't care less about ANY of the non-Wolverine characters and couldn't care less about this entire convoluted yet blindingly obvious plot with a ludicrous end reveal guessable about 20 minutes in. Even the villains in this movie are forgettable: Viper's Poison Ivy-style shenanigans are more of a mild inconvenience than anything else and stock ninjas, stock Yakuzas and stock big robot I've already decided to forget. Say what you will about Origins but it was at least entertaining and, as a prequel, you understood its reason to be.

Jackman's fine. He's on auto-pilot but he's fine. The action sequences, when they do occur, are somewhat involving, the effects are pretty good (especially compared to Origins) and... a couple of moments here and there work. Oh, and the post-credits sequence is effortlessly cool. That's honestly all the good stuff I can say about this one. Most of the time it's like if you wrote a video game script for a The Last Samurai cartoon about Wolverine's yawn-tastic travels to Japan and tried to make X-Men III: The Last Stand make sense in the process. I swear Jean Grey spends more time with Wolverine in this movie than she did in all three original X-Men films combined. And she's not even technically there! Can Wolverine really not get over her? Do we really need an entire movie depicting how he became a hobo, befriended a bear then had a whole adventure surrounded by really boring people just to explain how sad he was that a person he barely knew who soon became a villain and killed a bunch of people (including Pr. Xavier and Cyclops, btw) died? Also, if you're gonna try and fix The Last Stand by bringing back Xavier: try and make it make sense, don't just throw in an ominous line and expect that screw-up to just puff away from our memories.

Oh well, I blame all the shitty comic-book movies I've been getting this year thusfar.

You made me this way!

Overall, unless you're a die hard fan of the character and not just a casual Wolverinian like I am, I don't really recommend The Wolverine. It's frankly not that big of a step up from Origins, if any, and ends up just feeling like a surprisingly dull way to kill time before X-Men: Days Of Future Past comes out.

Which, at this point, I'm hoping is sooner than later...