Remember in my Robin Hood review when I told Ridley Scott off for not going back to sci-fi and doing what he does best instead of these endless half-assed attempts at macho-pretentious thrillers, epics and comedies?

Well I said it and, you know what? After seeing the new Prometheus TRAILER (aka Alien prequel-ish, but not really, or is it?) I might have just developed super-powers because lo and behold: something which looks light years better than ANYTHING Scott's produced since the 80's! 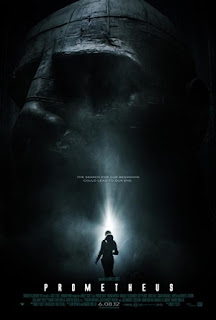 And give me a break, Gladiator was fine but an Oscar for Crowe? Really?

Anyway, Alien prequel or not, Prometheus looks fab and if Scott's film is half as good as it seems I will gladly bow to him once more and have intercourse with my Blade Runner DVD boxset.