As many of you know, Mr Tim Burton is currently hard at work on an animated adaptation of his very own short Frankenweenie. It sounds fab with Martin Short playing no less than 5 characters, former Burtoneers Winona Ryder, Martin Landau and Catherine O'Hara all back in the game and the whole thing resembling Burton's animated short Vincent.

Here are some early stills: 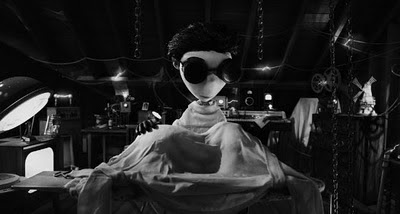 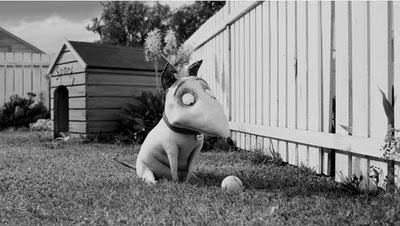 It's all in black and white.

It's Frankenstein with a dog.